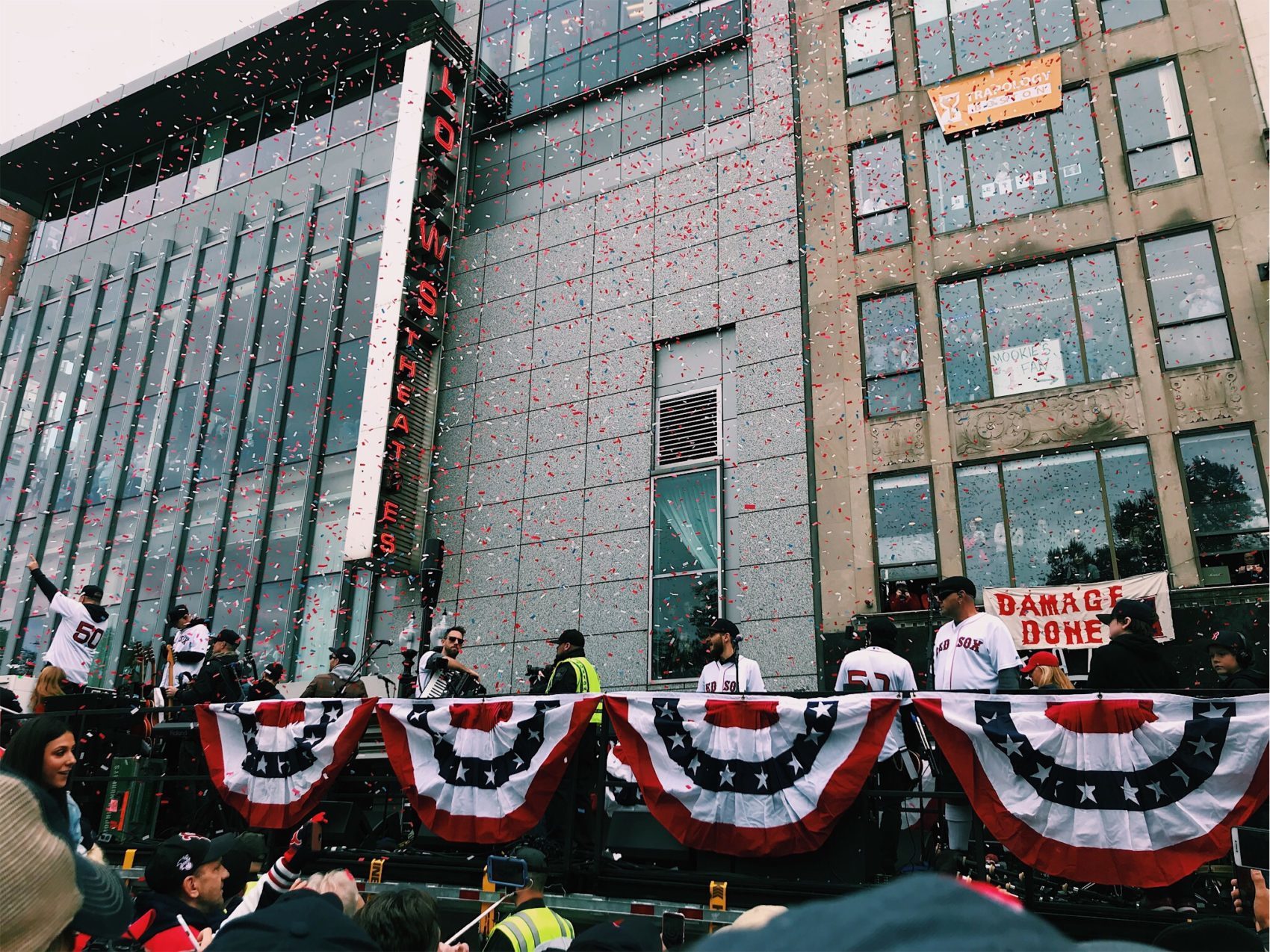 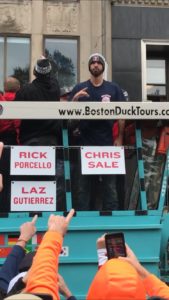 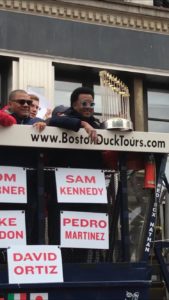 Well, the Boston Red Sox have done it once again, winning the 2018 World Series against the Los Angeles Dodgers.

Being a Boston sports fan may mean we’re spoiled with championships in every sport, but we remain grateful for everyone! The victory parade was held in Boston on Halloween starting at Fenway Park and ending at New Sudbury street. The duck boats have skated across these streets 4 times in the past 14 years for the Red Sox but 11 times total since 2002 including the Patriots, Celtics, and the Bruins. It’s good to be a sports fan in New England.

Getting into the city is another story.  We left at 7:30 in the morning from Narraganset and started our trip to Boston. The traffic was unbelievable, so we decided that driving all the way into Boston probably wasn’t the best idea. We decided to take a commuter rail from the Riverside stop in Newton to Boylston street and catch the middle of the parade. The T ride was live with excitement. A group of people brought a speaker and they were playing ‘Sweet Caroline’ and ‘Shipping Up to Boston’.  Everybody was singing along, dancing and passing out beers. The atmosphere was incredible, and that was just on the T!

Once we got to our stop, we walked up the stairs right into a swarm of people all wearing Red Sox gear. The sidewalks were so packed, you could barely move, there were people watching from balconies, and hanging out of windows with signs plastered on all the windows. We finally squeezed into a spot where we could see and all of a sudden everybody started yelling. The policemen start riding through and then we saw the duck boats rounding the corner. The crowd started going absolutely wild. Pedro Martinez and David Ortiz were on one of the first boats holding the trophy starting off the parade right. As each boat passed by, everybody got louder and louder. Even though it went by really fast it was such a great environment and it felt amazing to celebrate this victory with thousands of other Boston fans! Go Sox!!